It turns out that East Cost reporters have made Minnesotans indignant for more than 130 years. Recently they’ve assigned us “grape salad” as a Thanksgiving dinner staple and named Red Lake County the absolute worst place to live in the country. But 130 years ago, when they proclaimed Saint Paul a “…a Siberia unfit for human habitation in the winter,” the locals did more than just whine about it on social media—they started the Winter Carnival.

Today, Minnesotans are still thumbing their noses. The Saint Paul Winter Carnival, an 11-day event including everything from an ice carving contest to parades and fat bike races, attracts over 250,000 visitors a year and has a $3.5 – $5 million dollar economic impact on the city of St. Paul and the State of Minnesota.

At the epicenter of the Winter Carnival is St. Paul’s Rice Park—where this year’s “Palace of the Four Winds” was constructed. Designed to honor of King Boreas’ four brothers, the ice palace is about 10 feet tall with scrolling gusts of wind carved across the top and surrounds a fountain at the center of the park. 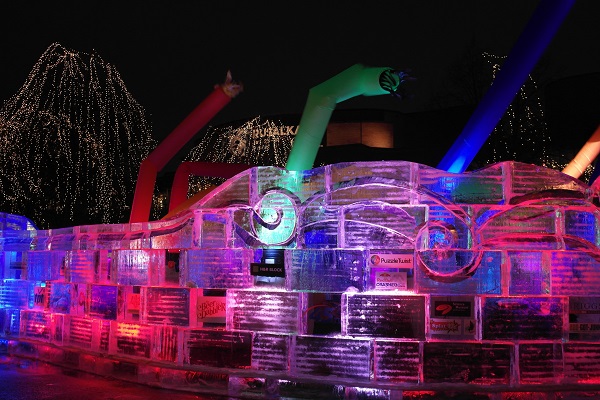 The ice palace was constructed of 420 ice blocks that weigh more than 250 pounds apiece. Traditionally cut from nearby Lake Phalen, this year’s ice blocks were man-made and actually came individually packaged in cardboard.

For a second year, we at Energy Management Collaborative applied our practical experience designing LED lighting solutions for everyone from big box retailers to industrial manufacturers to light the Palace of the Winds. 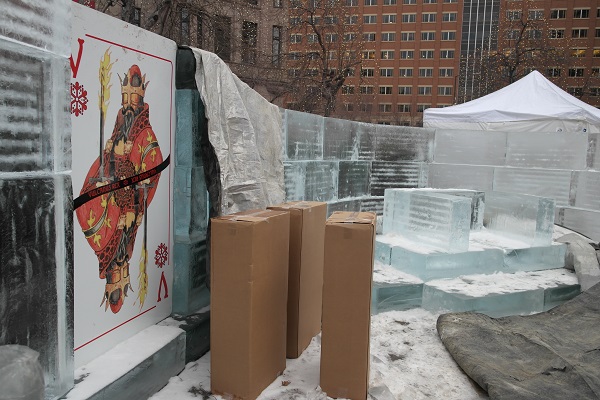 I got my start in lighting design in theater, working for both the Children’s Theater Company and The Guthrie. Lighting the ice palace took me back to these roots and was an opportunity to create fanciful, imaginative lighting design.

The temporary nature of this lighting design also gave us more leeway as to where and how we placed lighting. Unlike the buildings EMC usually designs for, we had a lot more options as to where we place lights and what we did with them. 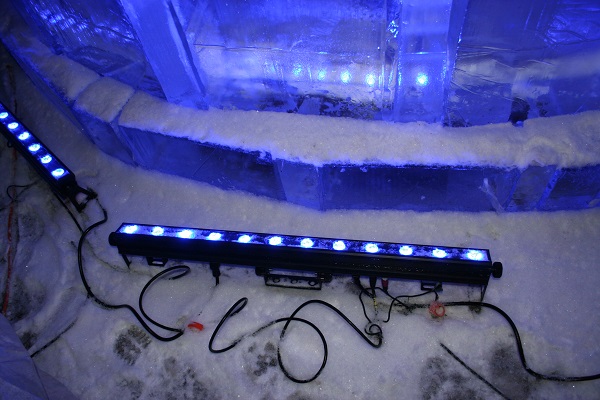 The downside to lighting ice palaces: Unlike buildings, they have a tendency to melt…an issue that was exacerbated as temperatures rose during the first weekend of Winter Carnival.

If you visited us at the peak of our setup two days before the start of the Winter Carnival, we were in that typical pre-show disarray with electrical cords and the blankets that were being used to keep the ice palace cool strewn everywhere. A featured Ice Bar was not yet in place and carvings of Titan, Euros, Zephyrus and Notos, (the Four Wind Brothers) were under wraps. Bundles of cords led to empty spaces where ice sculpting would take place throughout the park later in the week. A music stage and retail kiosk stood dark.

One of our objectives with the lighting design was to give life to the winds. When we threw the switch on the more than 90 lights and 75 feet of color changing light tape included in the design, the ice palace erupted with colors that swept across the ice, changing and swirling, bringing life to the wind carved into its surface.

From inside a red wind sock inflated, dancing around solo. Ice Palace John Culligan of Cuningham Group incorporated a total of 12 socks—each a different color—in a circle about 20 feet above the wall, that would also interact with lighting EMC coordinated. John explained that it will give it a verticality—again in reference to the wind.

Inside the Ice Palace

While the public was not able to go inside the ice palace, here’s a peek. 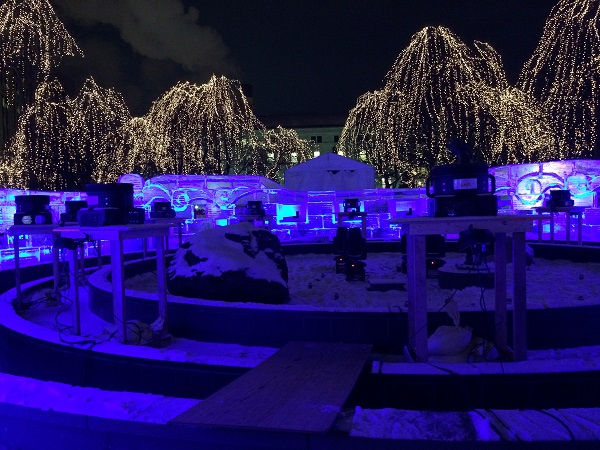 The blowers for the wind socks circled the interior of the fountain, and the bronze statue of a women proved her helpfulness by clutching some of the moving light covers with her legs.

Surrounding the interior walls were linear color changing wall wash lights that were rated for outdoor weather and capable of being programmed to generate any color we want with tri-color LED sources.

The granite rings of the fountain were covered in snow. The piece of plywood you see spanning the fountain’s rings was the only access to the inside of the fountain where there was not extreme risk for slipping on its highly polished surface.

On one side of the interior a tent houses the control center for the lights and blowers. It’s here where Josh Wabaunsee of Showcore Event Design and Production programmed the light cues. He captured color changes and varied patterns to create a multi-layered lighting effect. 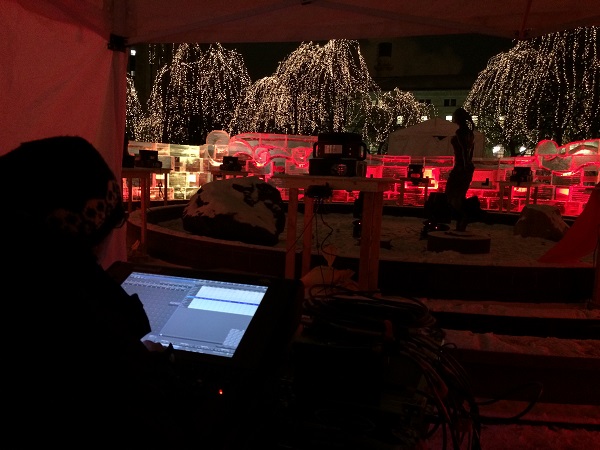 So who turned out to see EMC’s handiwork with the Ice Palace? Steve Frattalone, who has served on the Winter Carnival Board and worked on the event since 1992, had his opinion: Bigger crowds than last year. What kind of factor would the weather play? According to Steve, when it’s cold, the true Minnesotans bundle up and headed over. When it’s warm, “anyone and everyone shows up.”

At EMC, we’re proud to have our lighting design enhance their experience.

Keith DeFreese is a senior lighting designer at EMC. In this role he works to design and specify a variety of lighting solutions to support the many types of projects EMC undertakes. 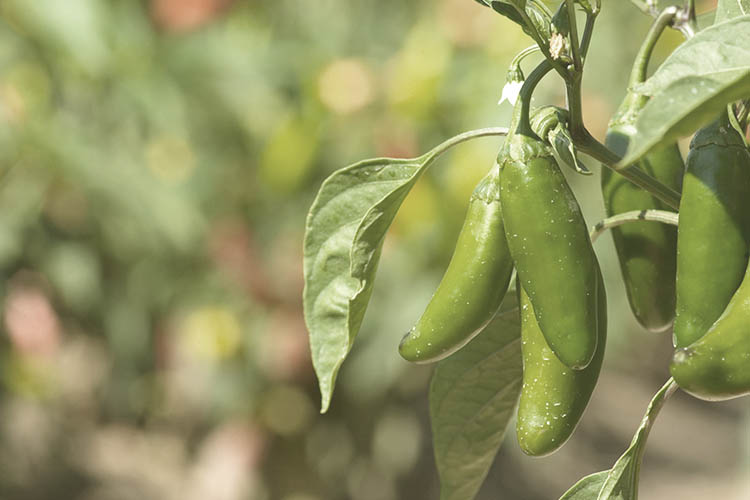 EMC has long maintained a Light Lab to evaluate new and emerging lighting technologies. As part of an experiment to test a few grow… 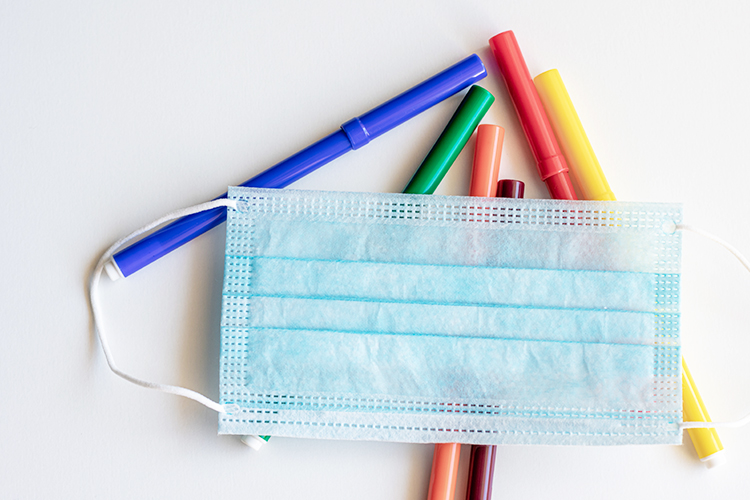 The COVID-19 pandemic means I have more to take with me when I leave the house. In addition to the standard wallet and keys, I now… 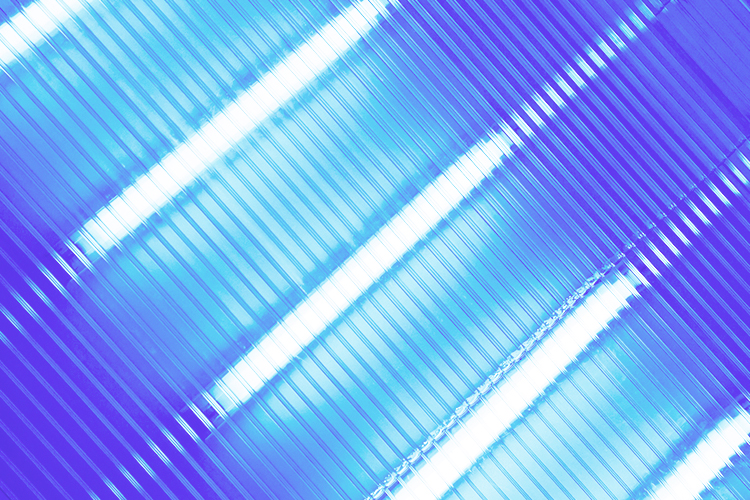 COVID-19: A New Pivot Point for the Lighting Industry

As states ease their COVID-19 shelter-in-place orders, businesses are scrambling to reopen or adjust their operations. Rigorous…